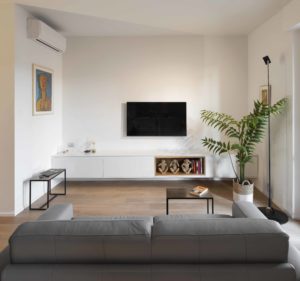 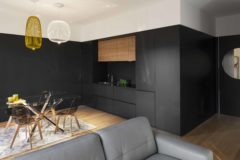 The position fits the context, as the disposition fits to contextualization.
How was the whole space optimized in a few square meters? The answer is in the design approach of TIPS ARCHITECTS, in planning the space, at the basis of an exclusive solution: the furniture is part of the project! In fact, the furniture was designed when the rooms were also designed. 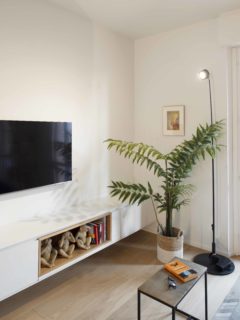 The bathroom concept starts from the preservation and “regeneration” of the existing one: the old Genoese sink, in Carrara marble, originally positioned in the kitchen, has been restored, cleaned and recovered. It was then placed on a custom-made piece of furniture, a sort of large easel with a temporary character such as that used by the craftsman to position the stone, engrave it and form it. The taps are also an integral part of this part of the project: the choice to use Diametro35 by Ritmonio, a classic and functional collection, suitable for small spaces, but effective. 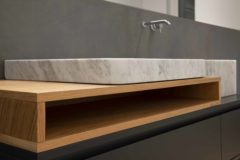 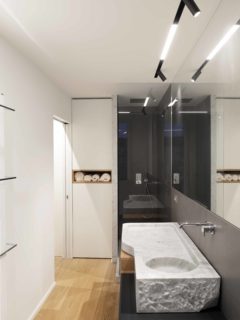